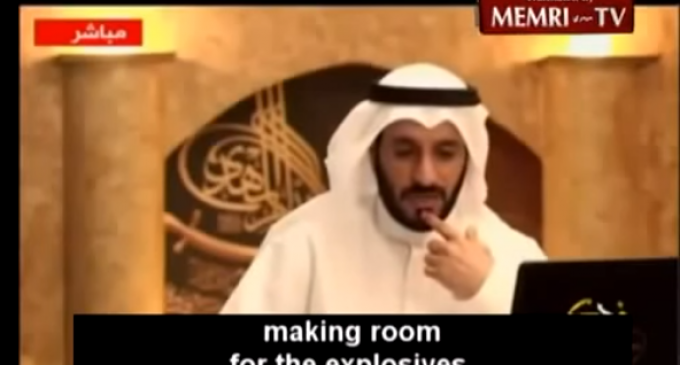 Islamic extremists must be starting to feel lonely out in the desert and are beginning to look for loopholes in their dogma to allow for some intimacy.

London-based Shiite cleric Abdallah Al-Khilaf took sometime back in 2012 to draw attention to a forum where jihadis can ask questions about how to best conduct their grizzly war in accordance with their dogma. This person wanted to know if they were permitted to allow a mujaheddin to sodomize them, the idea being that the act would widen the anus to allow explosives to be inserted int their body.

The scenario is ludicrous, but the idea is novel. The explosives would be impossible to find in time to prevent a suicide attack. If a bomber wanted to sneak explosives onto a plane bound for the United States or Europe, this is how they would do it.