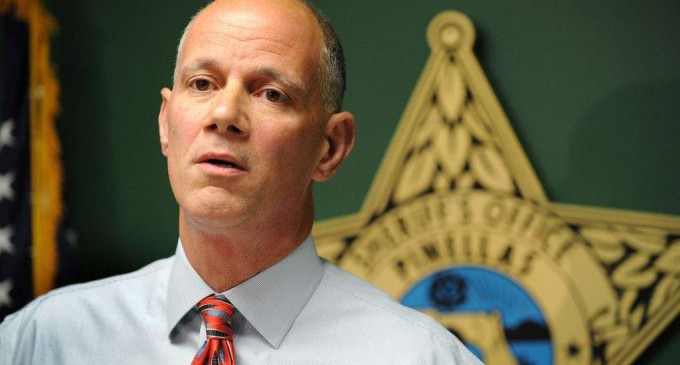 A sheriff in Pinellas County, Florida has a warning for anyone willing to come near him with a gun, he's threatening them with his own.

The locally known anti-gun cop made the statements in response to open carry legislation being floated in his city. It attempts to make arming law abiding citizens easier, so that they can better defend themselves should they find their lives at risk.

How ironic that a man who fears for his own life in the presence of lawful gun ownership should resort to the very thing that he opposes — a gun — in order to protect himself.

It's unlikely the cop thought of that before he threatened to kill the very citizens he's employed to protect.

Cops have been put in a bad light recently for shooting at criminals when they think that their lives are in danger. It has been proven time and time again that their actions are reasonable and legal in a court of law. This man, however, may be the face of what a bad cop looks like: one who openly tries to take a citizen's gun by threatening to use his own.

See the full report on the next page: