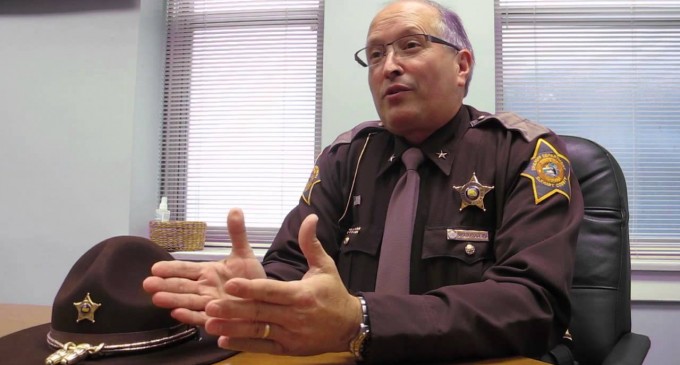 It's always heartening to see law enforcement stand up for the American people instead of the federal government.

For just under a decade, the U.S. Food and Drug Administration has been hounding David Hochstetler, a raw milk producer based in Indiana. Hochstetler first came to the agency's attention when several instances of illness were tied to consumption of his milk in 2007.

Although the absence of additional incidents of illness following consumption of Hochstetler's raw milk would indicate that his company fixed the problem, the FDA continues to treat him as a crook and his business as a criminal enterprise, barging onto his farm and demanding to inspect the premises without so much as a warrant.

The FDA's repeated excursions to Hochstetler's property has provoked someone to stick up for him. Fed up with the agency's attempted searches of the farm, Elkhart County Sheriff Brad Rogers informed the FDA that he would place it's agents under arrest if they were to encroach on Forest Grove Dairy again.

See video of Sheriff Rogers on the next page: