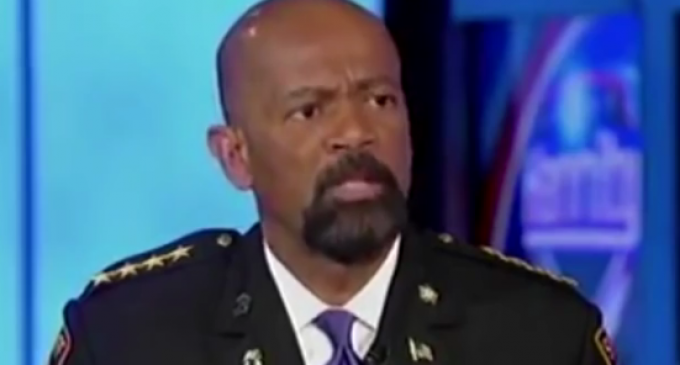 It is hard sometimes to choose whether one should laugh or get angry with frustration over the incomprehensible reasoning that supports the opinions of Socialists, in this case Bernie Sanders supporters.

After Trump had to cancel his rally in Chicago, mainstream media decided it was Trump's fault for exciting a riot even though the Bernie protesters at the rally with real blood on their hands happened to be more than happy to admit it was them, because in their opinion they were simply “speaking up.“

In the video on the next page Sean Hannity hilariously destroys an anti-Trump protester, explaining that the only man spewing hate speeches is leftist leader President Obama.

The Protester who happens to be a member of the Chicago Socialist party struggled deeply to defend his bull crap of reasons as to why the mob would shut down a rally stopping a Presidential candidate from exercising his freedom of speech. Sheriff David Clark cut the protester short to explain that in order “to control the narrative you have to control the language,“calling it a totalitarian movement.