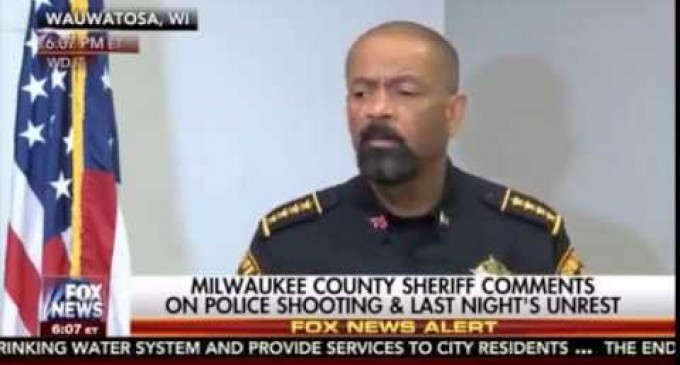 Liberal politicians seem to have made a new favorite enemy in the police this election cycle. After multiple police-related shootings that have resulted in the death of black men, insulting the police has become a go-to applause line among many on the left.

Unfortunately — like many Democrat arguments — their reasoning isn't backed up by facts. Nearly every time one of these situations have been brought to court, the police officers' actions were found to be justifiable.

Still, that hasn't stopped the anti-police movement from gaining steam.

Now, one sheriff central to the anti-cop movement is trying to stop Black Lives Matters' momentum in its tracks. The police aren't the problem, he claims. The ghetto is.

See him make the common sense — but controversial — statement on the next page: