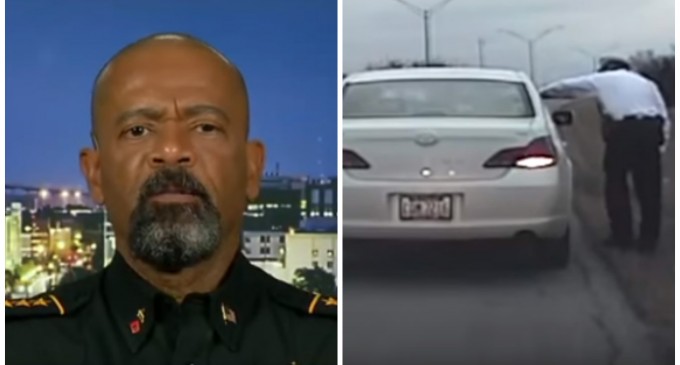 Just when it seemed John Kasich couldn't get any more unpopular, recently resurfaced video is guaranteed to hurt what little standing he maintains amongst conservatives.

With the endless torrent of hatred and bigotry spewed by the radical left towards police, it is of the utmost importance that Americans stand by law enforcement. For the most part, the candidates running for the GOP nomination have observed this faithfully. Now however, footage from 2008 draws Kasich's commitment to police into question.

The video in question occurred before he became governor of Ohio, but what he says in it tells much about how he sees police and how he sees himself. Driving on a busy road, Kasich is pulled over after passing up an emergency vehicle.

The cop politely explains to Kasich why he was pulled over before giving him a ticket and court date. Although he appears confused as to why he was receiving a ticket, the future governor behaves civilly and lets the cop do his job.

Just 10 days later however, Kasich slammed the cop as an “idiot” before a group of EPA workers, who chortled heartily when he asked if they had ever met police officers who were just that. It's the sort of thing that may play well with the EPA, but I'm pretty sure it won't with the Republicans Kasich is now trying to woo himself to.

The video is already gaining traction on the internet, with the few conservatives considering voting for Kasich now having second thoughts.

Others, such as Sheriff David Clarke, Jr., have noted that the candidate's disparaging comments about police are the kind of that would have been used to crucify Donald Trump if he said them but since it was Kasich who said them, he's essentially being given a pass:

https://t.co/LXDIrZtj3r@JohnKasich is anti gun and anti cop and people,say Trump is not conservative? Seriously? https://t.co/IHR5wLWIev

Watch the video for yourself: