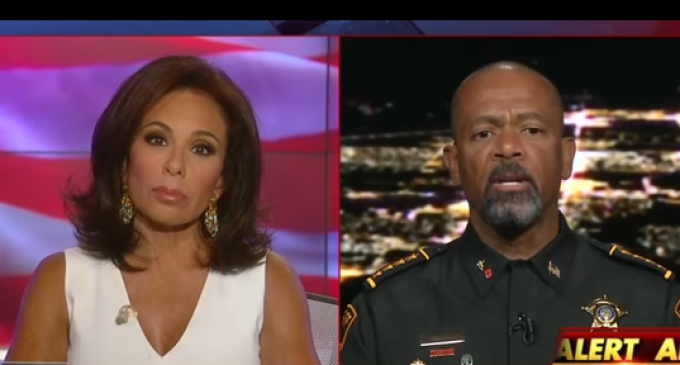 This past Saturday on Justice with Judge Jeanie, a highly upset Milwaukee County, WI Sheriff David Clarke called out President Obama and former Attorney General Eric Holder as having created an ‘open season' on police officers across the nation.

Clarked opened with: “I am too pissed off tonight to be diplomatic with what’s going on and I’m not going to stick my head in the sand about it.” Clarke continued, “I said last December war had been declared on the American police officer led by some high profile people, one coming out of the White House, and one coming out of the United State Department of Justice. And it’s open season right now. No doubt about it.”

Go to the following page: