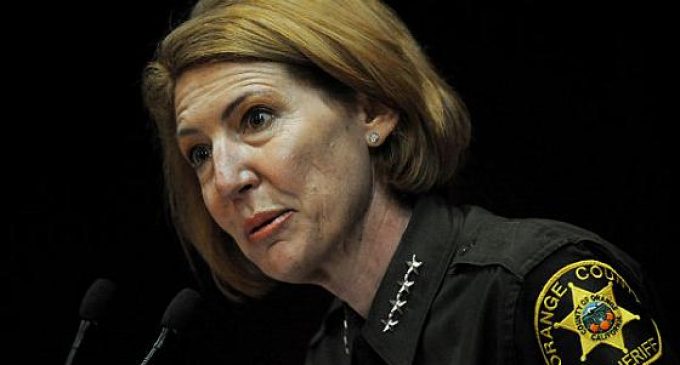 A prominent California sheriff acknowledges that proponents of a statewide sanctuary law aren't interested in public safety, and that’s it’s all “about sticking it to the [Trump] administration.”

Progressives aren’t satisfied most major cities in the Golden State have declared sanctuary status for illegal immigrants. They want to extend the madness statewide.

Makes you wonder what’s so damn “golden” about California anymore.

Rampant crime committed by illegal immigrants in California, among other states, led the U. S. House of Representatives to pass two laws on June 29 aimed at cracking down on illegal criminals and punishing cities that provide sanctuary for illegal immigrant criminals.

The bills have not been taken up by the U.S. Senate yet. President Donald Trump is eagerly looking forward to signing them into law.

Find out what the Orange County Sheriff thinks of the proposed California sanctuary law and the jeopardy she could face if it passes. The disturbing details are on the next page.