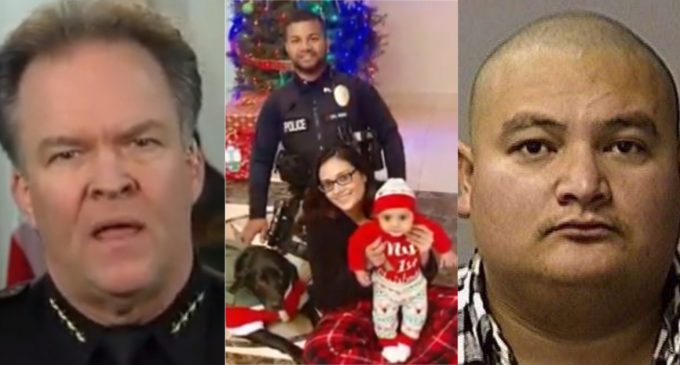 The sheriff of Stanislaus County, California is raging against sanctuary laws that he believes could be partly accountable for the murder of a 33-year-old police officer and legal immigrant by an illegal immigrant.

Sheriff Adam Christianson said during a presser on Friday that Cpl. Ronil Singh would likely still be alive if it were not for the state’s laws that prohibited law enforcement from reporting to Immigration and Customs Enforcement (ICE) about the illegal alien that allegedly took the life of the officer.

“This is a criminal illegal alien with prior criminal activity that should have been reported to ICE,” Christianson said following the arrest of suspect Gustavo Perez Arriaga.

Turn the page for the full story plus video.