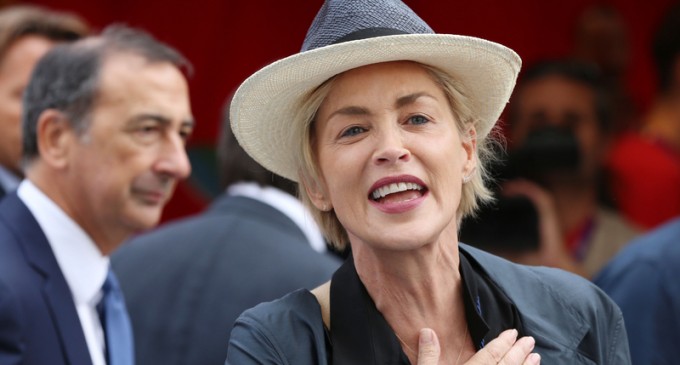 It's a good thing we have celebrities to help us make decisions about politics . . . said no intelligent person ever.

Sharon Stone admitted both her enthusiasm for Hillary Clinton and her disdain for Donald Trump, stating that she's “ready for Hillary” but feels that electing Donald Trump could “lead to another Holocaust”.

While liberals keep comparing Trump to Hitler, it's becoming pain-stakingly clear that they've never read a history book or done any research on World War II. If they had, they'd know Hitler's plan was to kill the Jews, not build a wall to keep them out so that those who wish can LEGALY immigrate into the country.

Stone went on to talk about how she believes that Trump's campaign is based strictly on fear and that fear is a contagion. In her interview with the Hollywood Reporter, she stated that “Holocausts have occurred when that fire catches loose.”

First of all, poor choice of words. Second of all, Stone apparently knows as much about our presidential hopefuls as she does about World War II. And it didn't stop there. She was full of idiotic comments that somehow led to her comparing Trump's hair to a muskrat.

Read what she had to say about Mississippi's religious liberty bill on the next page.