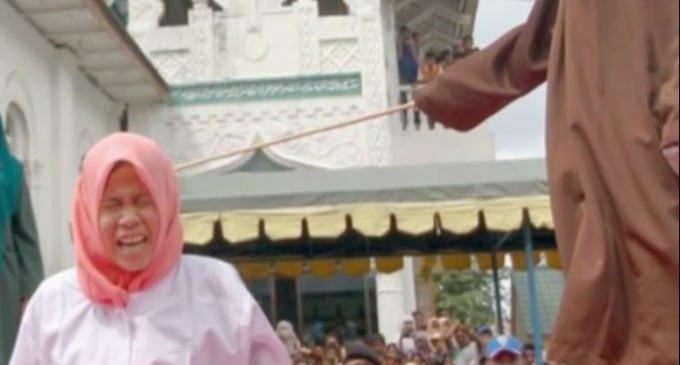 Sharia law is barbaric and yet it is practiced in various degrees, from stoning, to amputation, to caning and other uncivilized punishments, in approximately 50 Muslim majority countries in the world.  Without due diligence, the United States could succumb to the pressure imposed by CAIR, to allow Sharia Law into our country.  God forbid, as the following example of Sharia is repulsive.

Indonesia is the latest perpetrator of human rights, as it allowed a young girl, who happened to stand too close to a male fellow university student, to be caned publicly and ultimately taken to the hospital for her wounds.

This brutish set of laws, was enforced in the courtyard of the Baiturrahumim Mosque in Banda Aceh, with hundreds standing around to watch.

Read more of Nur Elita caning on the following page.