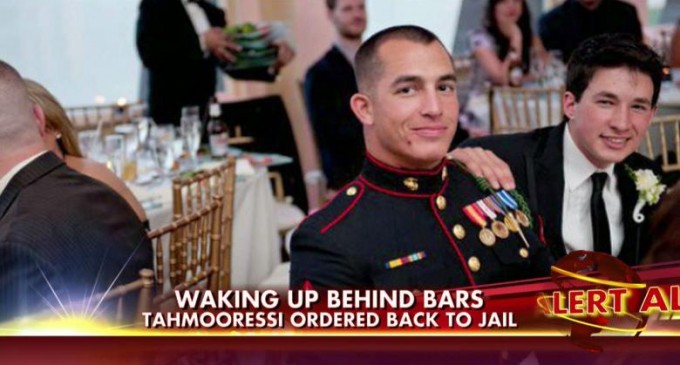 After spending 181 days in a Mexican jail for accidentally crossing the border with legally owned firearms, a Mexican judge has ordered Sgt. Andrew Tahmooressi back to jail after Tahmooressi waited long and hard for his first court date.

Abandoned by Obama, who has not lifted one finger to help this Marine who has saved the lives of fellow Marines in combat, Tahmooressi must now wait till August 4th for his next court date.

The 26-year-old veteran of two tours in Afghanistan was finally able to tell his story to a judge, after his case had been delayed by both Mexico's unpredictable legal system and his own trouble settling on a lawyer. It was not immediately clear what Tahmooressi said at the evidentiary hearing, which was closed to the public. The next hearing in the case is scheduled for August 4.

Despite the judge's ruling, Tahmooressi's attorney, Fernando Benitez, told reporters that he was confident that the Marine's case was on the right track. Benitez said that his client's statement to the judge was “sound and made perfect sense,” and claimed that irregularities with Tahmooressi's detention were grounds for dismissal of the case. The attorney said that his client was not provided with consular services for nearly eight hours after he was detained, nor did he have access to an adequate translator.

In addition, Benitez said that the order to search Tahmooressi's vehicle was dated March 28, three days before the Marine crossed the border.

Benitez had earlier sought to dampen hopes that federal Judge Victor Octavio Luna Escobedo would free Tahmooressi, although supporters, including his mother, Jill Tahmooressi, had held out hope.

Tahmooressi has been held since March 31, when he accidentally drove into Mexico at the San Ysidro, Calif., Port of Entry late March 31, after becoming disoriented from poorly lit street signs and being in a position on the road unable to make a last ditch U-turn. His family believes his post-traumatic stress disorder also may have contributed to his confusion. He was charged with violating Mexico's strict gun laws because he had three registered guns, along with all his worldly possessions, in his vehicle.

Tahmooressi  appeared in court on April 28, but that hearing was gaveled before it began after the judge learned Tahmooressi had his attorney fired the night before for advising Tahmooressi to commit what the family considered to be perjury.

After Wednesday’s hearing, Tahmooressi was taken back to El Hongo Prison in Tecate under heavily-armed guard. 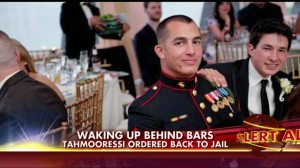