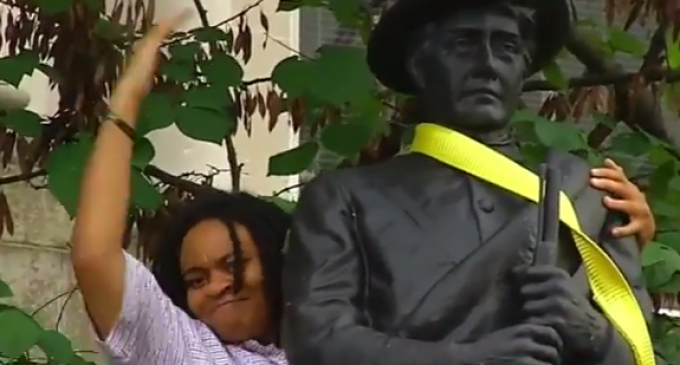 On Monday evening, an unruly mob of left-wing protesters pulled down a monument to Confederate soldiers in front of the former Durham County courthouse in North Carolina.

Immediately, Durham County authorities said they would work to identify the vandals and prosecute them for rioting and destroying public property. Steps had been taken in advance to hamper any attempt to damage the monument, but the demonstrators were able to scale the podium and affix a strap to help pull it down.

As it turns out, the culprits were members of a hard-left socialist party that considers the current political climate a “war” against perceived oppression. In a previous time, they would have been considered subversives and communists.

On the next page, learn how law enforcement identified and arrested those involved, charging them with felonies. While Durham officials are taking a hard stance against public vandalism, find out how North Carolina Governor Roy Cooper to capitulating to thuggery.