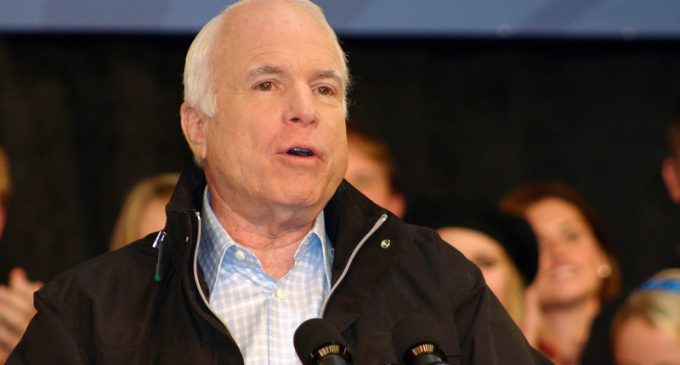 Poor John McCain. Things just have not worked out for him the way he had hoped. Of course his presidential campaign in 2008 was a flop. It was about as exciting as a bowl of cold oatmeal. Since then he has been able to remain in the Senate which is unfortunate since there are good conservatives in Arizona the Republicans should have chosen in the primaries to carry the party banner instead of McCain.

He has also been able to retain his coveted committee chairmanship which gives him an additional platform to get on television and stroke his ego. Yet he must also know that a sizeable part of the Republican Party cannot stand him, although it’s not clear that he cares.

He’s not seen the number of wars started that he would like, which must be a crushing disappointment. He has so little in common with President Trump that it’s a stretch to claim they are in the same political party. And the world order is not coming together in the way that he, and similar globalists, would like.

More on that last point on page two.