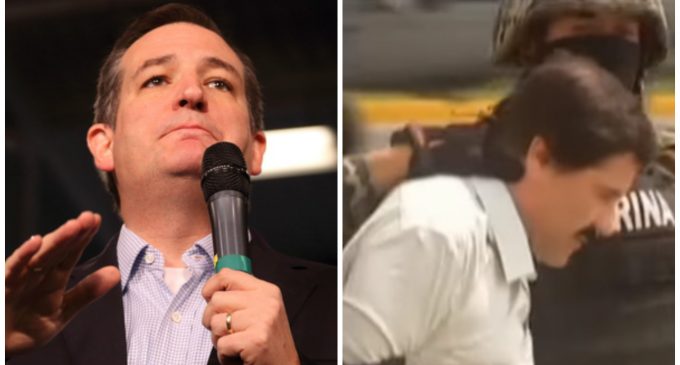 It's a plan for paying for the border wall that makes so much sense that it's hard to believe that it came from Washington.

President Trump has had considerable resistance from Congress in passing the legislation to make his border wall with Mexico happen. While objections from the Democrats are to be expected, there are some Republicans who are opposing the president as well. The Democrats are simply desperate to stop President Trump from achieving the major political victory that getting his border wall built would represent. The Republicans opposing him don't understand party loyalty.

As El Chapo awaits his trial, he has plenty of time to think over his life. Of all the things he might have planned to accomplish, funding a border wall between his country and America was surely not even on his list. Although he is no doubt opposed to the idea, we would be very happy to take his money to build the wall that makes his sort of crimes more difficult to commit.

Check out how much ‘El Chapo' has available to ‘donate' to the funding of the border wall on the next page.