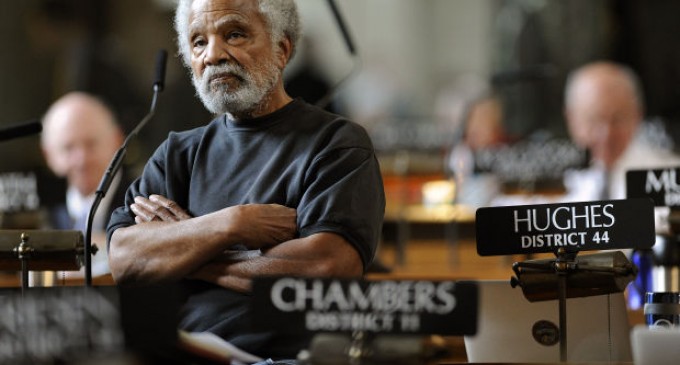 Omaha Senator Ernie Chambers is once again under scrutiny for comments he made during a legislative debate on a measure to prohibit job discrimination based on sexual orientation or gender identity. If you'll recall, Chambers once decided to file a lawsuit against God, seeking a permanent injunction, ordering God to cease certain harmful activities and the making of terrorist threats.

To say that this man has a permanent residence in looneyville would be an understatement. He's the mayor.

When a clearly frustrated Chambers explained why he'd watched much of the discussion from his downstairs office, things started to get interesting. He claimed that if he were up in the same room as everybody else, he'd probably start picking up books and throwing them around. He then added that if he were a white guy, he'd go get his semiautomatic weapon and mow everybody in the room down.

See how his fellow senator's responded on the next page.