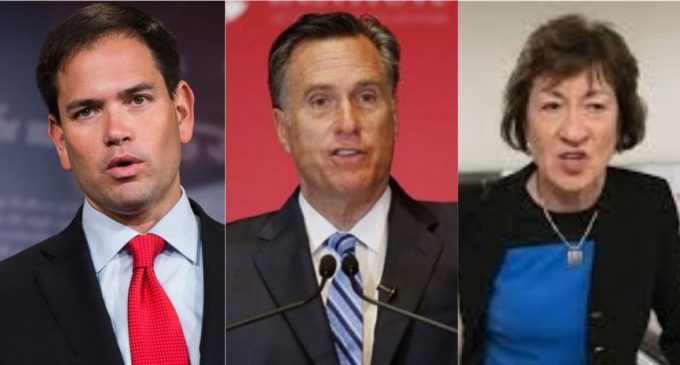 On Thursday the Senate voted to block President Trump's effort to build a wall on our Southern border with a national emergency border declaration. The vote was an overwhelming 59-41 against Trump's executive action.

The Democratic-controlled House passed the measure last month and with the Senate following suit it will force Trump to use the first veto of his presidency. The swamp didn't quite win the battle, however, as the defections fell far short of the 67 votes needed to override the veto.

A dozen Republicans broke with President Trump on the issue.

“Declaring a national emergency to access different funds sets a dangerous new precedent,” GOP Sen. Rob Portman of Ohio said. “It opens the door for future presidents to implement just about any policy they want.”

Turn the page for the list of Republicans who are trying to pretend that we don't have a national emergency at our Southern border.