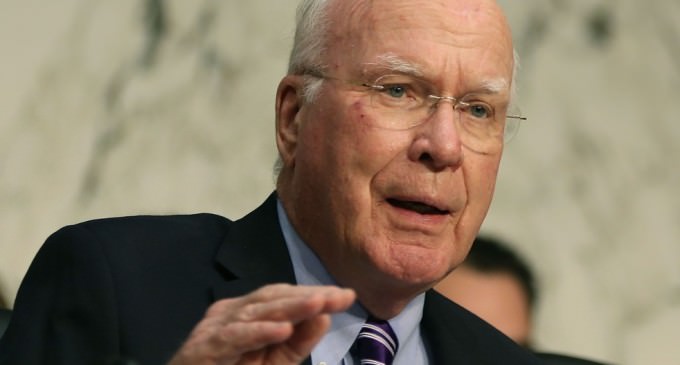 You can leave it to the liberals to find new reasons to let in as many immigrants as possible. They need those votes if they’re gonna win 2016!

A resolution barring consideration of religion in immigration has passed a Senate committee. The resolution was proposed by Senator Patrick Leahy, D-VT., which affirms “that the United States must not bar individuals from entering into the United States based on their religion, as such action would be contrary to the fundamental principles on which this Nation was founded.”

The language was offered in response to Donald Trumps statement that there should be a suspension of allowing Muslim immigrants into the United States.

Rather than consider the security issues that have come into question after the past month of terrorist attacks in Paris and San Bernardino, the Left is jumping on the first chance they can get to win some Muslim votes.

Find out more about the Senate committee resolution on page 2.