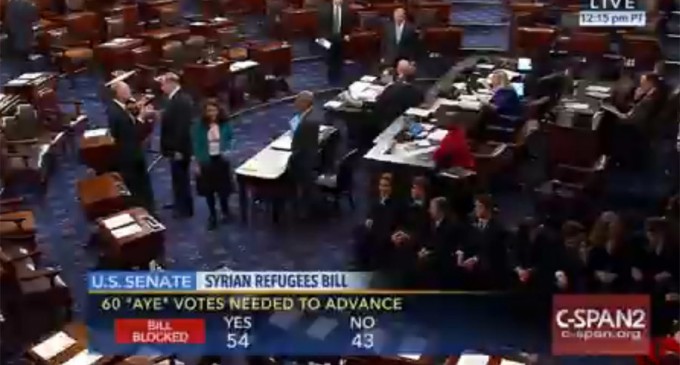 Back in November, 2115, the House passed the SAFE Act, mandating an increase in security checks for Syrian refugees.  It would have required, from top US security officials, personal guarantees that the Syrian refugees who were being resettled in the United States did not pose a terrorist threat.

The Senate blocked the bill, as there was not enough support for a procedural vote.  The bill received 55 votes, but needed 60 to proceed.

Top Democrat lawmakers believed the requirements would “incapacitate” the US security framework already in place, even more than as ISIS terrorist attack ever could.  Other Democrats called the Republican supported bill as a “xenophobic attack on President Obama's refugee policy.

One would think, after the much publicized immigrant rape epidemic spreading across Europe, that lawmakers would put politics aside and recognize that HR 4038 is not xenophobic but pro-American safety.  Read more on the following page on the blocked bill meant to put precautions in place.