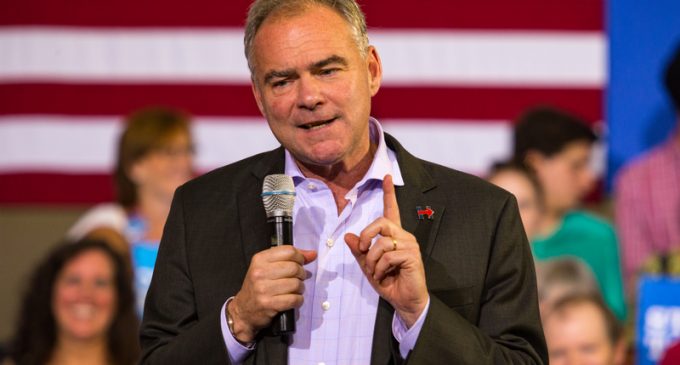 This week, it was revealed that Donald Trump Jr. met with a Russian lawyer who promised damaging information on Hillary Clinton. Republicans are calling the 2016 meet-up “opposition research.” Democrat Senator Tim Kaine is calling it “treason.”

But if Kaine believes that accepting information from Russian sources is treason, why isn’t he calling for an investigation into BuzzFeed and CNN? After all, both media networks published information from the debunked Russian dossier.

That Kaine is being a hypocrite shouldn’t be surprising, though. While he was sold as a middle-of-the-road moderate during the campaign, his post-election meltdown shows he is no different than the rest of the left. He wants to dismantle the Trump White House and he doesn’t care how he does it.

See why he thinks Donald Trump Jr.’s actions are treasonous on the next page: