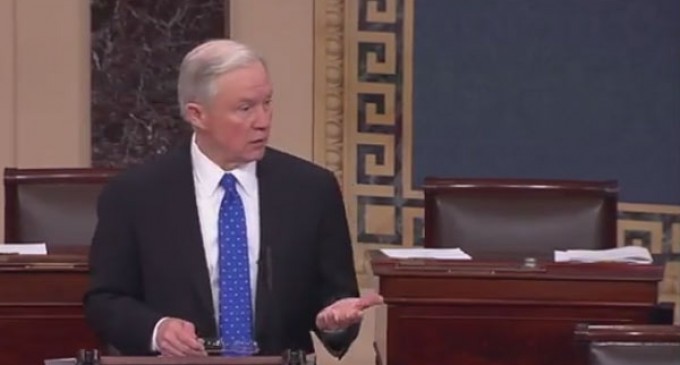 According to Senator Jeff Sessions (R. Ala), “Our law enforcement system is in a state of collapse, and it’s a deliberate plan by the president of the United States, and it’s wrong. And, people need to be aware of it and need to stand up to it and I believe the American people are beginning to do so.”

Americans need to stand up to this “deliberate plan by the president of the United States” to collapse the nation’s law enforcement system regarding illegal immigration.

“So, you come into the country illegally and the attorney general of the United States declares that these individuals have a civil right to amnesty. How can this possibly be: the chief law enforcement officer in America?