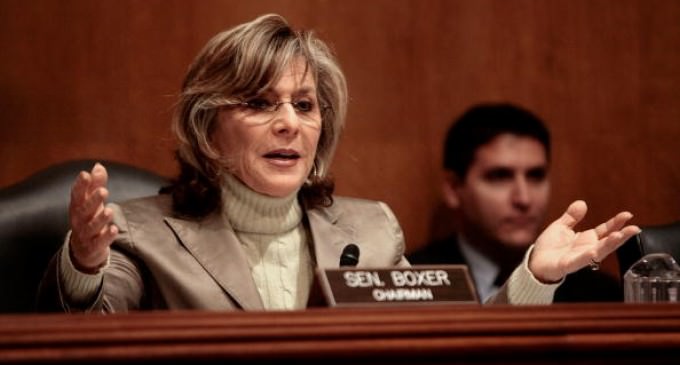 If gun control laws work, how come President Obama's administration was plagued with so many terrorist shootings? That administration also took the cake for illegal alien shooters.

Why don't these jihadists, illegals and gangsters obey California's gun laws? Kathryn Steinle would be alive today if her five-time illegal assassin had listened to democrat talking points. Too bad her killer, Juan Francisco Lopez-Sanchez, decided to steal a firearm from a Bureau of Land Management's unsupervised vehicle. There was a law against that!

There is a law against just about everything that happened to Kathryn Stenile and the people of San Bernardino. Also, the rifles used in the shooting were illegal. It's a fine talking point to say the pistols they were packing were legally bought but the ATF ruled the rifles to be modified and in violation of… gun control laws.

See the next page for a video of Sen. Boxer's tragically laughable statements.