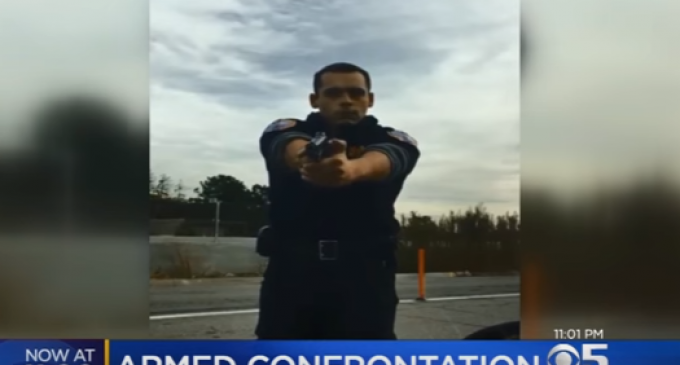 A security guard is being sued after pulling a gun on a driver for running over a cone. The cone in question didn't sustain any injuries, but would prefer not to be run over again. As for the driver, for several minutes he stared at the security guard's gun in absolute terror. According to the driver's attorney, it was shortly after the guard holstered the gun that his supervisor showed up to further harass the driver. The driver was an Apple employee on his way home and the security guard is being sued for assault, false imprisonment, negligence, negligence Per Se, Premises Liability, Violation of the “Bane Act” and intentional infliction of emotional distress.

While that's quite a long list of crimes, it's hard to overlook the fact that this security guard was kind of an idiot and doesn't appear to know what he's doing.