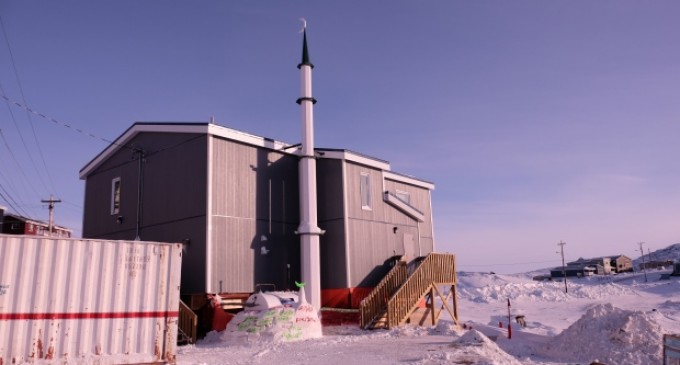 Look out Santa Clause, Allah has reached the North Pole. An Islamic community in the region of Nunavut, Canada, inaugurated a new mosque this week in Iqaluit. This is the second mosque built in the North Pole region since 2010.

This new mosque will reportedly be serve as both a community center and a place of prayer in a city with a Muslim population of about 100 people. There are also plans to operate a food bank at the site.

As with most things pertaining to Islam, the construction of this mosque wasn't without its fair share of hypocrisy and contradiction. When the idea was first proposed in 2009, not many of the local Muslims were very enthusiastic about it. One of them in particular, a man named Syed Asif said, “A mosque is not required here, we're a transient society, we come and go.” Apparently that's not true, seeing how he spearheaded the project.

Read what Asif did on the next page.