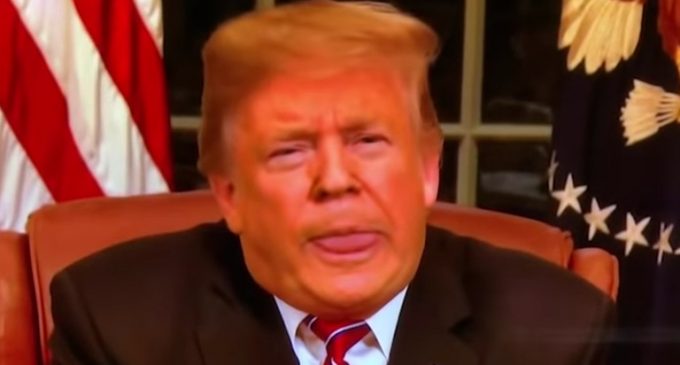 One Seattle TV station has come under fire for airing a doctored video of President Trump's national address on border security with the apparent intent to make him look stupid.

In a side-by-side comparison video viewable on the next page, Q13 Fox in Seattle appears to have broadcasted a version of address edited ‘on the fly', turning the president’s skin color a ludicrous shade of orange. Using what appears to be deepfake technology, the footage shows President Trump sticking his tongue out and licking his lips between sentences in a bizarre manner.

See the fake video of President Trump on the next page: