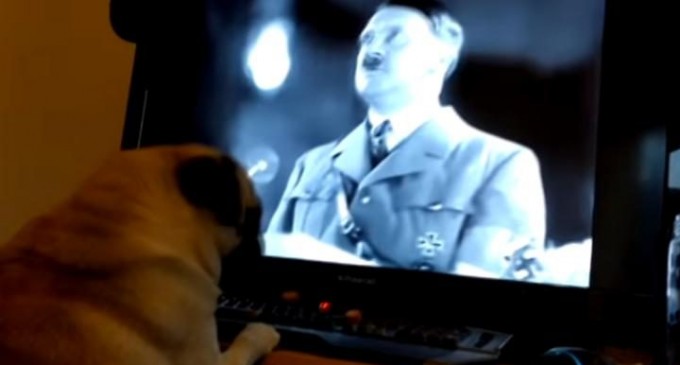 The transition from P.C. culture to P.C. law is well underway. No longer satisfied by publicly shaming people and politicians who refuse to subscribe to politically correct methods of thought, the P.C. army is now going after these “offenders” in a court of law, with the police's help.

The latest example on this war on free thought comes to us from Scotland, where a man was arrested for videos he posted on Youtube showing his pug respond to anti-Semitic phrases and gestures.

While posting videos lightheadedly joking about “gassing the Jews” is hardly appropriate, it also hardly qualifies as a crime. It seems that so many people nowadays just can't seem to separate “I don't like that” from “that should be illegal.” Worryingly, it seems that law enforcement is struggling with this idea as well.

This instance may seem small, and many may feel as if this man had it coming, but it represents a much bigger trend in government. Namely, that they can control thought and speech, and punish those who refuse to comply. This happened in Great Britain, but it presents much of what's happening across the Western world.