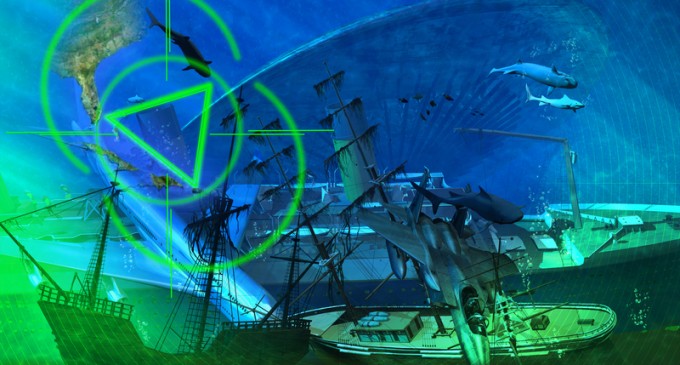 After years of intrigue, scientists believe they might have finally solved the mystery of the Bermuda Triangle. We've all heard the stories of the unfortunate disappearances which occur just off the coast of Florida, and while not all of them are within the realms of reason, like the one involving alien abductions, they certainly make for good tales.

Unfortunately, the answer these scientists claim to have discovered, has nothing to do with sea monsters, ghost ships or time travel. Instead, they found the answer in the Earth itself. A discovery of giant underwater craters at the bottom of the Barents Sea have offered an explanation that kind of makes sense. The discovered crater is a half mile wide and one hundred fifty feet deep. It's believed to have been caused by build-ups of methane. The theory is that methane could have leaked from deposits of natural gas and created cavities that eventually burst.

See how this relates to the Bermuda Triangle on the next page.