Scientists are warning that the Earth’s rotation is slowing down. This means there will likely be a sharp increase in earthquakes next year.

But what is causing this odd phenomenon to occur?

As with many new findings in science, this story began with the data that supports the cyclical slowdown then speed up of Earth’s rotation. The research team is then tasked with the “why” to explain this phenomenon. While scientists aren’t exactly sure the mechanisms that produce this variation, there are a few hypotheses.

One hypothesis involves Earth’s outer core, a liquid metal layer of the planet that circulates underneath the solid lower mantle. The thought is that the outer core can at times “stick” to the mantle, causing a disruption in its flow. This would alter Earth’s magnetic field and produce a temporary hiccup in Earth’s rotation.

But a lot of this is just hypothesis. Even scientists can’t always understand the patterns or the complexities of nature, and God’s creation.

Currently, the data only notes a striking correlation, but no causation. Hence, scientists are still unsure whether this change in Earth’s rotation is the cause of an uptick in earthquakes.

While there’s no direct link between the two, the trend over the past century suggests that 2018 will be an unusually active year for earthquakes. Typically, there will be 15-20 large earthquakes (M 7.0 or greater). However, during the noted uptick in earthquakes aligning to the 5th year of Earth’s rotation slowdown there are on average 25-30 large earthquakes.

What we do know is that earthquakes are one of the worst natural disasters to befall a nation.

Earthquakes remain the most difficult natural disaster to predict. They tend to occur with little to no forewarning and can thus be incredibly destructive. Often times, geologists are limited to historical trends in data to predict the likelihood an earthquake will occur. This new research provides another dataset to inform communities about the near-term risks they face. 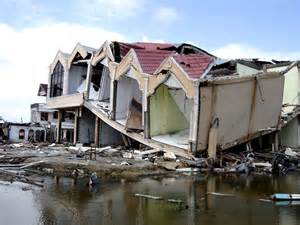 Being prepared and spreading the word about this prediction for 2018 could save many lives!