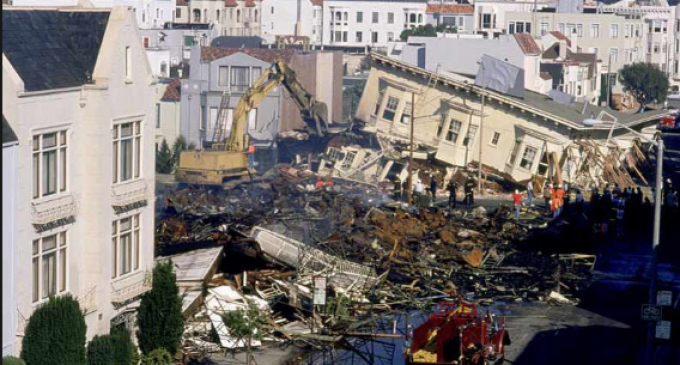 Scientists now believe that our planet’s rotational speed influences the occurrence of earthquakes. Measurable changes in that rotational speed are cause for alarm and, according to geophysicists, the unsettling slow-down in rotation they're tracking means earthquakes will become more prevalent.

Geophysicists are able to measure the rotational speed of Earth extremely precisely, calculating slight variations on the order of milliseconds. Now, scientists believe a slowdown of the Earth's rotation is the link to an observed cyclical increase in earthquakes.

A team of scientists analyzed earthquake data since 1990 and from the cyclic pattern in the data they were able to predict a sharp increase in the number of ‘quakes in the coming year.

To start, the research team of geologists analyzed every earthquake to occur since 1900 at a magnitude above 7.0. They were looking for trends in the occurrence of large earthquakes. What they found is that roughly every 32 years there was an uptick in the number of significant earthquakes worldwide.

While their prediction applies to the entire globe, this does not bode well for one particular region in America. Move to the Next page to learn why this region is long overdue for what is being labeled a ‘mega-quake':