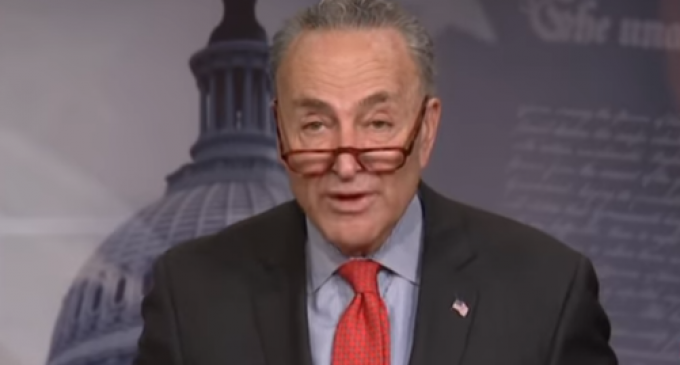 “The American people do not like it when you throw a wrench into the lives of government workers over an unrelated political dispute. Working people throughout America empathized with the federal workers and were aghast at what the president was doing to them. Hopefully, now the president has learned his lesson.”

“Now, once the president signs the continuing resolution, we in Congress will roll up our sleeves and try to find some agreement on border security,” he continued, adding they are still against using money for a border wall.

“Today the president will sign the bill to reopen the government along the outlines of what we have proposed and hopefully it means a lesson learned for the White House and for many of our Republican colleagues: Shutting down the government over a policy difference is self-defeating,” Schumer added. “It accomplishes nothing but pain and suffering for the country and incurs an enormous political cost to the party shutting it down.”