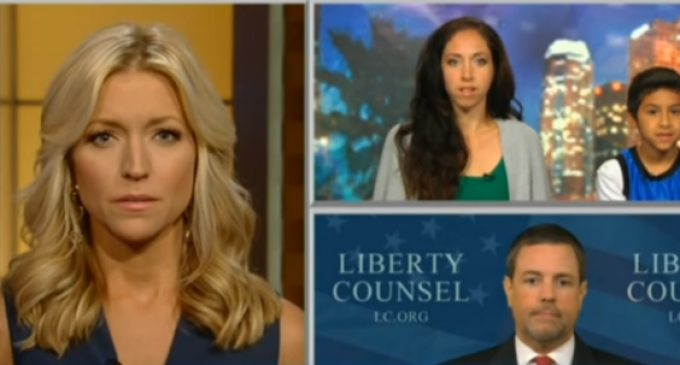 Little “C”, a first grader at Desert Rose Elementary School has enjoyed sharing encouraging notes and a Bible verse that his mom Christina Zavala would pack in his lunches.  He would share his notes with his school friends during lunch.

The notes became a happy phenomenon among the little boy's classmates as they asked him for copies of the notes.  This happy expectation grew to include short Bible stories that gave the context to the verses.

One little girl was quite taken with the story she had been given that she shared it with her teacher saying,  “teacher – this is the most beautiful story I’ve ever seen,” and suddenly the notes of encouragement became a banned substance.

Little “C” was told that he could only give out his verses to friends after the school bell rang and only at the school gate.  His mother, Mrs. Zavala wrote to the school to get correction and clarification, but with no response from the administration other than “C” being reprimanded again, this time in front of his entire class.  He was told to stop sharing his mom's notes and talking about religion.  The young boy came home in tears.