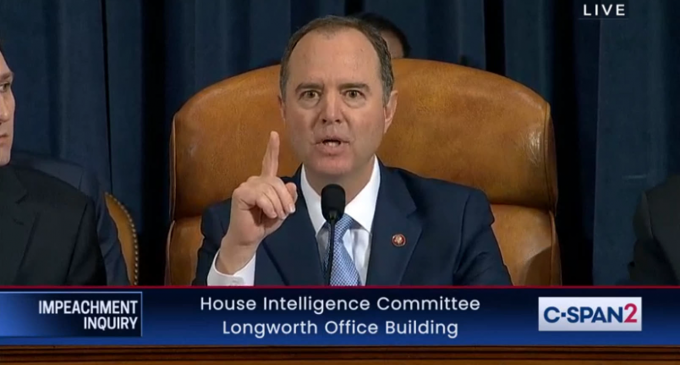 The impeachment inquiry public hearings are really beginning to heat up now. At least one person was outraged today and possibly even a few more by the end of today’s fiery debates. What has got these three people in a rage? Donald Trump was found to be tampering with the witness.

That’s right. It’s all there in black and white. In the middle of testimony by former US Ambassador Supreme, Marie Yavanovitch, Chairman Schiff interrupted the proceedings to read a tweet from the president, after which he led the witness by asking, “Did you find that to be intimidating?”

Read on the next page how the “schiftiness” of Adam Schiff appears to know no bounds and that his newest strategy has most likely caused Nancy Pelosi and the Democrats to yank every last strand of hair they have left on their Liberal heads!