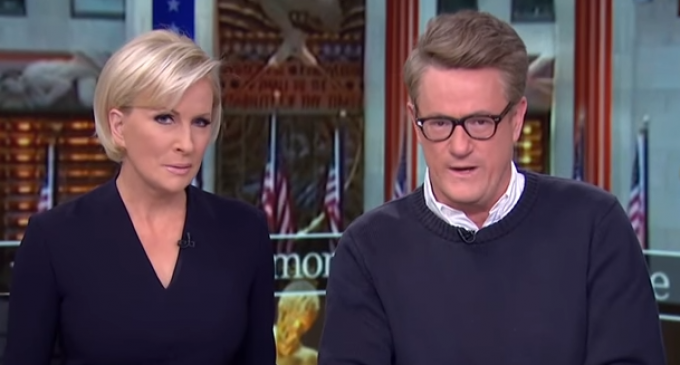 The dastardly duo of Joe and Mika have answered the call of the Democrat voters and have picked up right where the daffy and demented Keith Olbermann left off:  Looneyville.

It truly defies logic that a television melodrama with a tenth of the audience of Friends reruns can somehow bully the NBC studio heads into allowing them to pay not one or two or even three, but a whopping four guests, in addition to the two in the center for which Mika obviously commands the largest salary of them all, being that she is apparently the very best at the so-called “stink-eye.”  That has “I wear the pants in this relationship” written all over it.

But what is even more amazing is that a pair of actors so obviously trained in Shakespearian theatre can muster up the straight faces for more than just a couple of minutes in order to deliver their lines.  I'll admit that, at times I feel while watching them that there's a bit of the old Carol Burnette Show fun of looking to see who will crack a smile first (it's always Joe), but it is incredible at how well trained these actors are.

Turn to the next page for video of this Shakespeare in the Park rendition of Fake News and for commentary on how he believes (because Keith Olbermann assured him of such) that the Cabinet has the ability to remove Trump from office through the 25th Amendment!