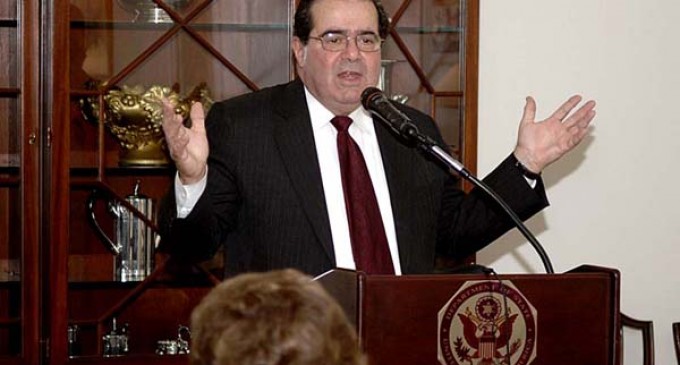 As America remains involved in a multitude of unconstitutional wars, the recent passing of Supreme Court justice Antonin Scalia has left many wary of Obama's next move. As Scalia once warned that — “in times of war the laws fall silent“ — given the circumstances surrounding Scalia‘s death the law has already begun to fall silent.

The U.S. government has made clear in numerous official documents and announcements that its war on terror is increasingly focused on its own domestic political enemies.

While teaching at the University of Hawaii, Scalia reminded his students that America is in time of war, and to not forget that the past is capable of repeating itself, especially with the Government that runs America today.

While Scalia remained a true patriot to the Constitution, his remarks about our government and how they could be ready to detain thousands of innocent American citizens, must have put him in the line of fire of the most criminally powerful man America has sitting in the Oval Office today.