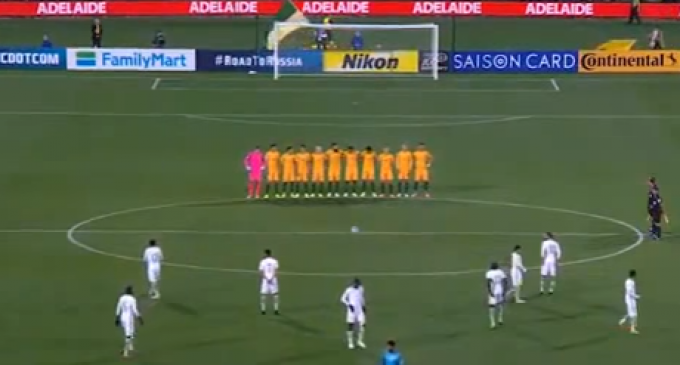 Another moment where the Leftists feel obligated to come out en masse and apologize for those in the Middle Eastern countries with predominantly Islamic religious roots has once again arrived and, just like clockwork, they have already rallied in formation and ensured that any embarrassing or otherwise damaging news has been blunted in order to protect Islam and instead recite some epic qasida to regard them fondly.

There has been a rush of late to ride to their rescue, especially in light of the rash of terror attacks in England.  It must be frustrating to be a Progressive hack right now, let me tell you.  I really honestly don't know how they can keep up with the demands on their time.  Between making excuses for Hillary's loss (yes, they are still compiling new, interesting and inventive excuses for why she lost), organizing riots in Oregon and California, setting alight university campuses to block Conservative speakers from lecturing, and tallying the detrimental effects of the United States pulling out of the Paris Accord, it's got to be exhausting.  But what's a good little Liberal to do?  Then, add on top of all that the insistence by Islamic jihadists to continue beheading, detonating, and mutilating…man!  A Leftist's work is never done!

The latest rash of excuses surrounds a sport!  Yes, you heard that right.  Now, the Left must even be involved in organized sports.  Fortunately for them it's not American baseball or – gasp! – football!  No, only the best sport on Earth (for the Left at least).

So, what is the newest outrage, now that they have to take out time from their busy schedule of organizing the next fake Muslim mourner vigil near the London Bridge (yes, I'm calling you out, CNN and Associated Press)?

The newest outrage has occurred in the World Cup qualifier round against Australia.  This week, the Australians had the pleasure of hosting the Saudi Arabian team in a match that is (ostensibly) to promote comradery, brotherhood, good sportsmanship, and of course understanding across cultural lines.

In the opening moments of the game, before play had started, Australia had requested permission of the league to hold a quick moment of silence for the dead in the heinous and cowardly London Bridge attack.  Four Australian nationals had been caught up in the attack, including two women who have already died from their stabbing wounds.

What was the response of the Saudi team as the Australian team locked arms and stood together for this moment of silence in remembrance of the victims?  Read on for this horrid tale of inhuman disrespect…