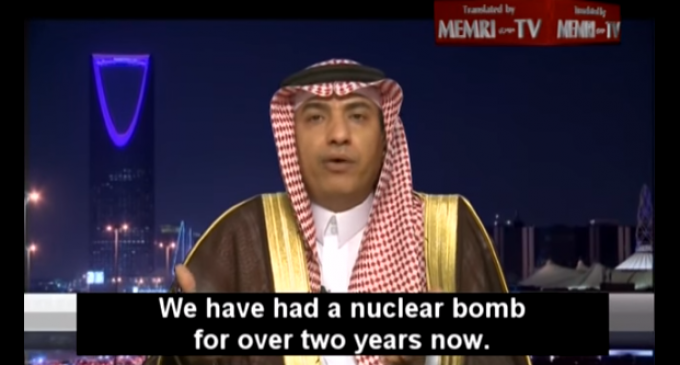 The hubris of the Obama administration has been on display for over 7 years, and it is stunning to see, given the geopolitical ignorance and naivete on display by these amateurs trying to run things from Washington. From botching the Arab Spring movement, to mishandling the insurgents in Syria that gave rise to ISIS, and then creating the environment that is allowing Putin to rebuild the old Soviet Union, Obama has shown that he does not understand international relations, and that he is neither respected nor feared by countries large and small, friend and foe. It is hard to imagine that anyone could have done a worse job in the global arena than Obama has, and yet he still acts as if he is still a master negotiator and leader of the free world when he is neither.

One of the worst botches was the initiative led by Secretary of State John Kerry, who was charged with dealing with Iran and their nuclear ambitions. Sanctions against Iran meant that the west held over $150 billion from Iran for violations of agreements meant to keep Iran from developing nuclear weapons.

Iran insisted that their nuclear research was strictly intended for nuclear power development and generation, thought their activities clearly showed that not to be the case. But Kerry, cheered on by Obama, crafted a deal that allows Iran to develop nuclear weapons in 10 years, and guarantees that there will not be appropriate inspections in the interim, which means that Iran will cheat and nuclear weapon capability can be expected in short order, perhaps as soon as 1 or 2 years.

Kerry and Obama hailed the agreement, which gained the U.S. and the U.N. almost nothing, provided Iran with new capabilities to develop nuclear weapons in secret, and promised them the return of the $150 billion in sanctions, which will be used to help finance terrorism and the rebuilding of their nuclear program.

It turns out that the agreement is making the world in general much less safe, regardless of what the Iranians do. In the video on page two, a Saudi analyst discusses the ramifications of Iran building nuclear weapons.

See page 2 for video and to see new dangers in the Middle East: