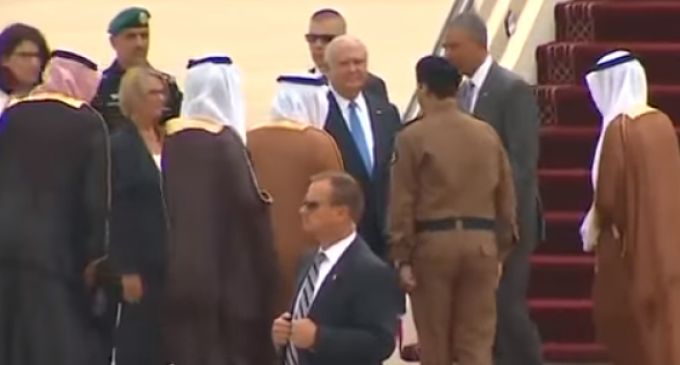 Barack Obama may be more focused on building relations with the Muslim world than with the citizens of his own country, but it seems as if his outreach may be in vain. Not even American allies in the Middle East want to be seen with the toxic president, evidenced by the fact that the Saudi Arabian King refused to meet Obama at Air Force One during the president's latest trip to the country.

Failure is no stranger to the Obama administration — of course — but this blunder seems particularly painful for the White House, given the amounts of time and effort they spent apologizing for American interference in the region. To Obama, fighting terror is apparently a reprehensible act.

Of course, that would explain Obama's chumminess with Saudi Arabia. While the country continues to be accused of funding terror, Obama seems more than willing to ignore the issue and cave to their demands that he must.

Still, it hasn't gained him any favor. To read the report of the runway snub, continue reading on the next page: