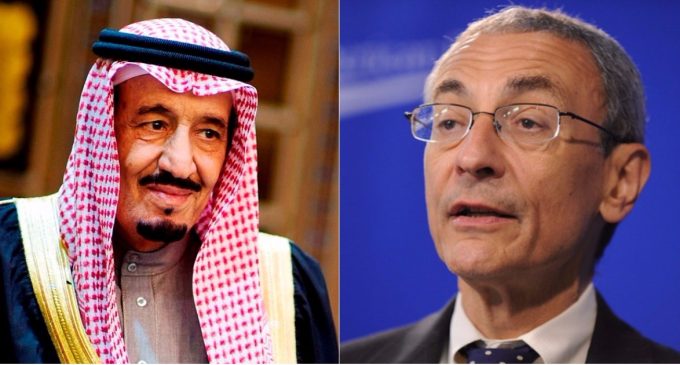 Huge upheavals in the Middle East, particularly in the Kingdom of Saudi Arabia (KSA), are about to become even more symbolic of the newly-struck working relationship between the large nation in the Persian Gulf and the United States.

If you'll recall, back a few months ago, President Donald Trump visited the KSA, as well as the United Arab Emirates and Israel to work on a brand new military armaments deal that would, in the words of Trump, “help to stabilize the region, both economically and militarily.”

This increased vote of support by the United States is perhaps partly behind the move this past week for the KSA law enforcement and government to crack down on a gigantic corruption ring that includes a crown prince.  The number of individuals arrested looks more like a who's who of the Democrat Party, however, as many are intimately connected either directly or indirectly with the Podesta Group.

Read more on the next page about how this may have far-reaching implications for the Mueller investigation into Swamp corruption!