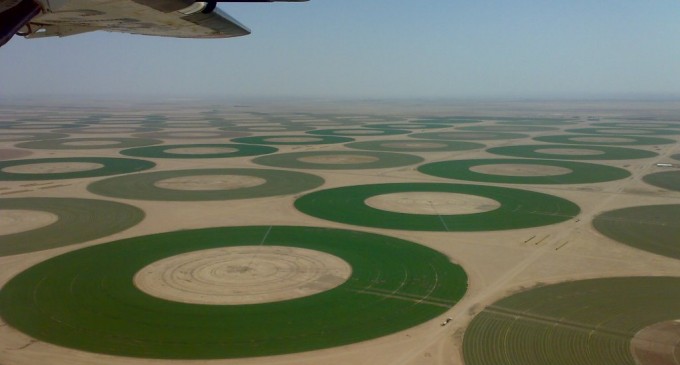 In the 1980’s hysteria over Japanese investment and automobile imports was at an all-time high. Vitriol from laid off union auto workers was directed at the imported automobiles and the financial papers painted a picture of a Japanese buyout of America.

There was land speculation, commercial building acquisitions, farms purchased and even on Saturday morning cartoons… there were shows like Speed Racer and host of hyper-flashy “japanimation” programs.

The United States was bracing for a hostile takeover… and then nothing much happened. Japan lurched into their “lost decade” in the 1990’s and a monster depression wiped out much of their net worth.

America was saved, until now.

Now, the Saudi Arabians savvy land speculators have mastered a scheme so lucrative they can barely disguise their glee.

Union workers are worried, farmers feel cheated and the press is declaring that Saudi Arabia is buying up the American south-west

Please see the next page for Saudi Arabia’s reach into the continental United States.