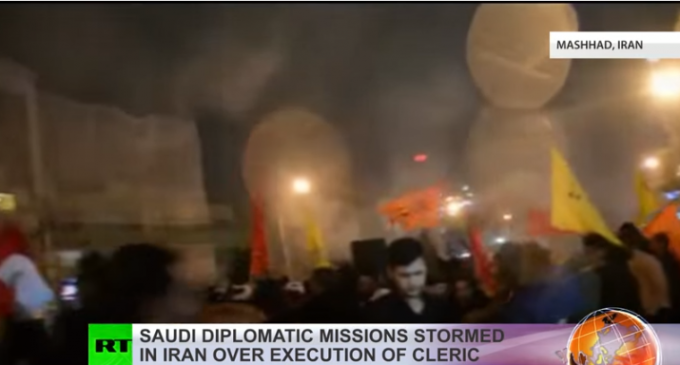 While the U.S. and much of the Western world seek an answer to Islamic extremism and the violence of the Middle East, the Islamic countries of the region also find it difficult to get along. The idea that a united caliphate will ever develop appears to be a pipe dream of impossible proportions. In the latest clash of nations, Saudi Arabia cut diplomatic ties with Iran on Sunday and promised to eject Iranian diplomats within 48 hours.

The clash has dampened the hopes of the U.S. and other countries that some type of cooperation could be found from the two countries towards ending civil wars in Syria and Yemen and easing tensions in other countries in the Middle East, including in Iraq.

Saudi Arabia is a majority Sunni Islam nation, while Iran is primarily Shia. That puts them at odds with each other and with other client states. This has been especially pronounced in Syria where Iran has supported the Shia presidency of Bashar al-Assad, while Saudi Arabia has supported the rebel Sunni's seeking to overthrow Assad.

Parenthetically, Saudi support of rebels fighting Assad has led to the growth of ISIS, a mortal enemy of the U.S., which then puts the relationship between the U.S. and presumed ally Saudi Arabia in a very awkward position.