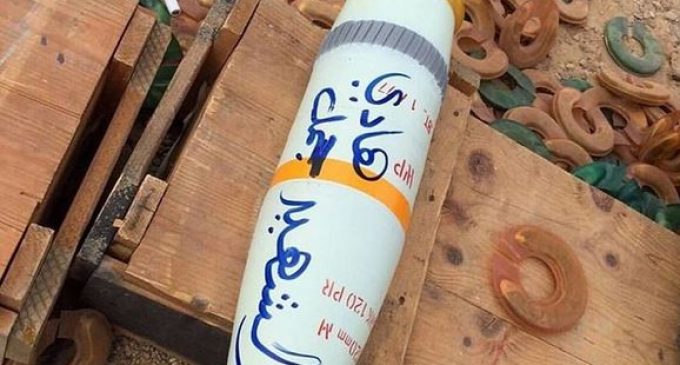 Those of us whose high school chemistry is just a blur might not know what “white phosphorus” is.  Basically it is a substance that burns quickly and generates a great deal of heat and smoke.  It has been used extensively in military applications at least back to the time of World War I.  With the dense smoke given off, it does an excellent job of creating massive smoke screens, effectively hiding the actions of the combatants using it from their enemies.

Since it burns quickly and creates a lot of heat, it can be used against opposing forces, setting things ablaze and burning the flesh right off the bones of enemies.  Shells fired into civilian areas, of course, have the same result.  And it's the use of the weapon directly against humans, especially civilians, that opens the door to claims of war crimes.

The U.S. arms industry manufactures this substance and incorporates it into a number of weapons.  These weapons are sold to other countries, including Saudi Arabia, supposedly with conditions placed on how they can be used.

So this is some really nasty stuff, and if used against people causes horrific deaths.  With that introduction to white phosphorus out of the way, we can take a look at what's going in Saudi Arabia's war in Yemen.