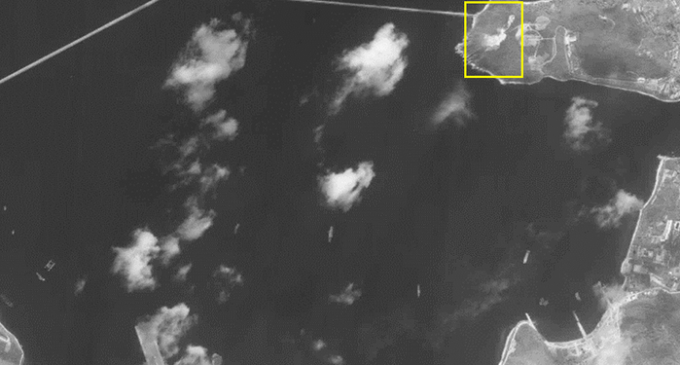 An Israeli satellite imaging firm has made a significant discovery in the disputed South China Sea.  Hainan Island, which is part of the Hainan Province in China, located to the immediate south of the mainland and roughly the size of West Virginia, has been noted to have had added several missile launching sites on both the eastern and western shores.

The two areas in question are part of the Yulin Military Base and those which are situated near harbors on those coasts.  For the western coast, it appears that the existing base has been recently renovated with new construction of both facilities and missile launch sites.  Last year, satellite imaging of the base showed that the Chinese were working on the facility laying new concrete and upgrading systems.

The report makes it clear that it cannot be confirmed that the newly placed missile sites are improved systems or merely the old systems replaced after the construction.  The fact is that there appear to be more of them this time around than previously viewed.

The high-resolution imagery, shown here for the first time, reveals recent changes in the layout of the People’s Liberation Army’s Yulin Naval Base at the tip of Hainan Island in the disputed South China Sea. In less than two months, the PLA deployed multiple missile launchers on the western side of the base, deployments that  ISI imagery analyst Amit Gur has concluded are anti-ship missiles.

“The direction in which the launchers are facing leads us to believe these are shore-to-ship missiles,” Gur told Defense News.

As for the western edge of Hainan Island, a brand new base has been installed with multiple platforms to accommodate several missile launch systems.  The yet to be emplaced systems are, once again, not identified as to their advanced technology, but it cannot be denied that there is a concerted effort on the part of the Chinese to slowly nudge closer to both Vietnam and the Philippines in its sphere of military influence and presence.

Strategically, China has been constructing artificial islands for more than a couple of decades, placing military personnel and equipment on such sites in order to use a mild form of intimidation toward other nations who have cast an eye in the direction of the disputed body of water.  The South China Sea is an unforgiving liquid landscape, notorious for its bad weather and impossibly violent currents.