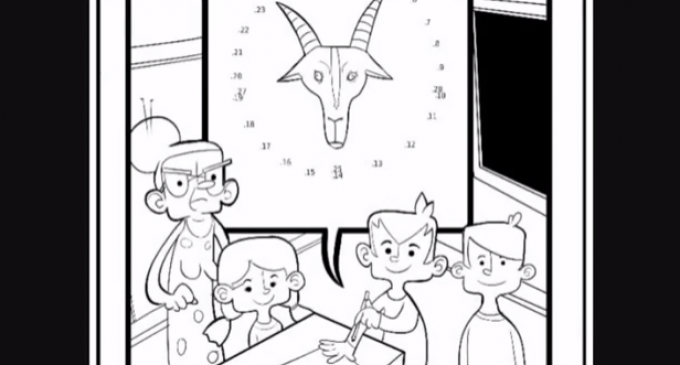 You may or may not have belonged to a club in high school.  It may have been the skiers club, the chess club or the math club.

This is the 21st century and things have progressed to a new level of club offerings.  One of the most popular clubs along what is called the Bible Belt is one known as the Good News Club, referencing the Bible and its Gospels.  The club enjoys a healthy number of children who discuss, play games, and learn about the Christian biblical teachings.

That type of club is anathema to a group out of Salem, Massachusetts known as The Satanic Temple (TST) who have come forward with a solid plan to “target” all school systems that have a Good News Club in order to present its alternative, the After-School Satan Club.

According to the group, it is not a joke and they are treating it as seriously as Salem's past itself.  The Satanic Temple has chapters all over the country and abroad, but its largest chapter is out of Detroit, Michigan.  They call themselves a political organization and claim to espouse egalitarian ideas of open-mindedness, critical thinking and factual science.  The After-School Satan Club is described as a healthy children's experience that will encompass all the great things you find in regular school clubs.

After School Satan chapter leaders say the monthly meetings include a healthy snack, literature lesson, creative learning activities, science lesson, puzzle solving and an art project. Galloway adds, “If a child asks, ‘Why is the sky blue? Where do rainbows come from?' Our response would have nothing to do with religion. We have really great scientific explanations for these things.”

Correct me if I'm wrong, but didn't God create all science, including those which we claim to understand? Science is, after all, the study of the world around us. And if the world was created by God, then it would stand to reason that he created also everything encompassed within it. But I digress…

The group will be targeting schools in a large swath across America in an attempt to “educate” children in a more commonsense, diacritic way. What this group is not telling you is their real objective and their actual origins.