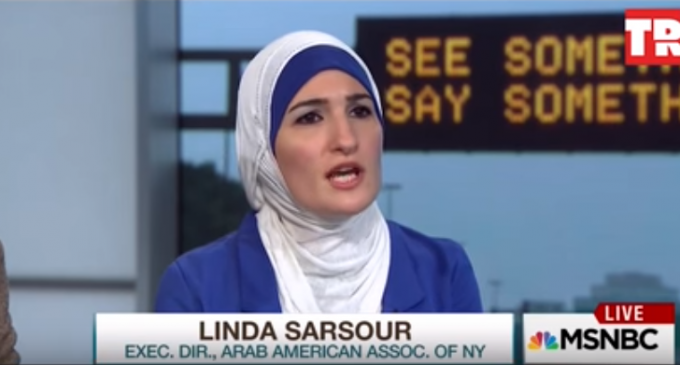 Apparently, Americans are committing terrorist attacks against innocent Muslim communities, according to Palestinian-American activist Linda Sarsour.  On MSNBC, she told Melissa Harris-Perry that Americans are “engaging in terrorism against the innocent community that has nothing to do with” the terror attacks.

To steal a quote from the movie Princess Bride, “I do not think this word means what you think it means” Linda Sarsour.  Americans are not walking into Muslim communities with suicide vests, IEDs, or automatic weapons and massacring anyone.  To suggest that there is any similarity to feeling harassed by someone for one's religion versus being annihilated is reckless, as well as deceptive.

Linda Sarsour, makes the leap that one-third of Muslims are black and those blacks who protest with groups like Black Lives Matter and are arrested for criminal activity while engaging in a protest are therefore being treated as terrorists.

Her explanation therefore says that the police, who are doing their jobs to protect the public and keep the peace, at these so called “peaceful protests” are somehow part of the terrorism against the Muslim community.

Read more and view the video on the next page how Sarsour makes this leap that the term radical is only being used on Muslims.