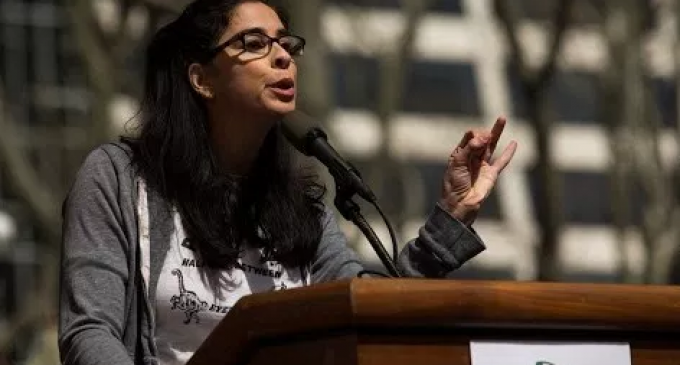 Leftist celebrities are once again attacking Donald Trump's refusal to release his tax returns. This comes after allegations of rape, Russian collusion, and infidelity have all fallen flat. Sarah Silverman has once again emerged as one of Hollywood's most visible critics.

It's good that Silverman is the one trying to force Trump to release his tax returns because most of the world already knows she has no credibility. The lewd comic never commanded much respect before, and her most recent forays into politics and social justice have tarnished her reputation even further. Earlier this year, Silverman attempted to enrage the Internet by posting photos of statistics she found graffitied onto a city street.

But they weren't swasticas. They were construction markers.

This embarrassing mistake didn't sideline Silverman for long, however. Now she's back and making headlines once again.

See Silverman's latest embarrassment on the next page: