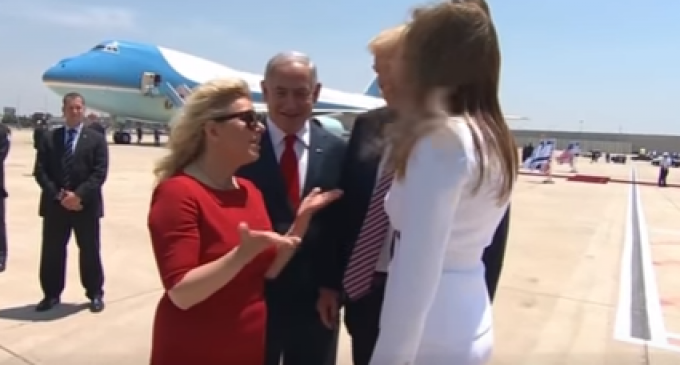 Liberal U.S. media loves to criticize Melania Trump. Feminists hate the fact a woman can be independent and still choose to prioritize her family. Or the fact that unlike themselves and a few other former 1st ladies, Melania never has to worry about frumpy interns chubby mouths being near her husband. But, what about Israeli politicians and their wives?

Sara Netanyahu probably never imagined that her off-hand remarks to Melania Trump might be secretly recorded and make their way around the globe. However, they did, and people certainly are talking.

An informal conversation was caught on camera between Prime Minister Netanyahu and President Trump along with their spouses following the welcoming ceremony.

This conversation reveals not only how Sara and Prime Minister Netanyahu actually feel about the Trumps, but also the media.

President Trump started the dialogue by mentioning to Prime Minister Netanyahu that Melania was a big fan of Sara.

That is when Sara Netanyahu piped up about how she really felt about both Melania and President Trump unaware the conversation was being caught on camera.