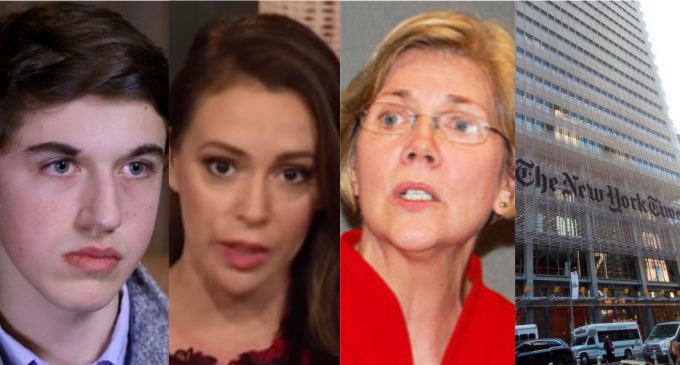 Lawyers representing Covington Catholic student Nick Sandmann announced that over 50 letters for potential lawsuits have been sent to various media outlets, celebrities and individual journalists who slandered Sandmann for “taunting” a Native American with a “smirk” during a trip to Washington D.C. The letter demands that those in the potential suit not destroy any documents related to the case.

Nick and his school have faced many threats after a video showing him, his classmates and Native Americans engaged in a much-debated confrontation. Some of the students into video wore “Make America Great Again” hats, which many on the left consider a crime in and of itself.

The vitriol created by the media and famous personalities has created a very difficult situation for law enforcement officials, who say that hundreds of social media posts threatening violence have been reported. Additionally, students, parents and the school have received direct threats. More than one family has been forced to spend time outside of their home due to safety concerns. Investigators report that Covington Catholic Principal Bob Rowe received more than 20,000 emails before his account was shutdown. Lawyers for Sandmann claim that their client’s reputation has been permanently damaged.

Continue to the next page to see the list of those that will receive letters this week.