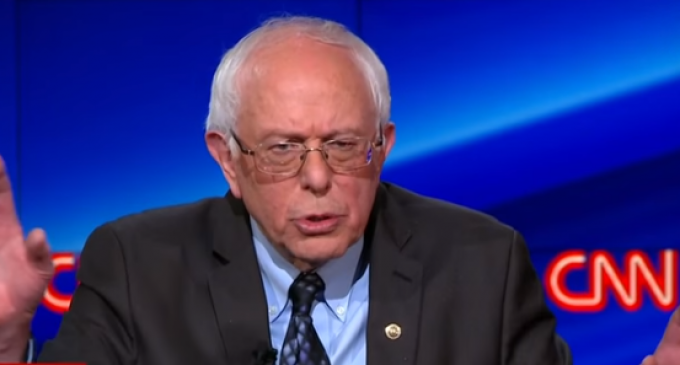 As expected, the CNN Democratic debate was a circus on Thursday night. Not only did the candidates pander to the audience and viewers, they also painted a picture of white people that was both untrue and completely inaccurate.

According to Bernie Sanders, if people are white, they don't know what it's like to be poor or live in a ghetto. Well, what about the white people who are, in fact, poor and living in ghettos? Are they completely ignorant of their own lives? Let's see some documented proof of that white privilege we keep hearing about.

Then there was Hillary Clinton, who really just can't be trusted at all. She claimed that being a white person in the United States, she's never had to experience what so many people in the audience have. How did she even know who was in the audience and what color their skin was? That's mighty presumptuous.

While these two bumbling idiots talk about white privilege, and every liberal in the country nods their heads at the alleged “truth” of it, it's important to remember that these two are politicians. Their lives and upbringing aren't exactly normal, when compared to that of the average white person.

Read the question that prompted these responses on the next page.