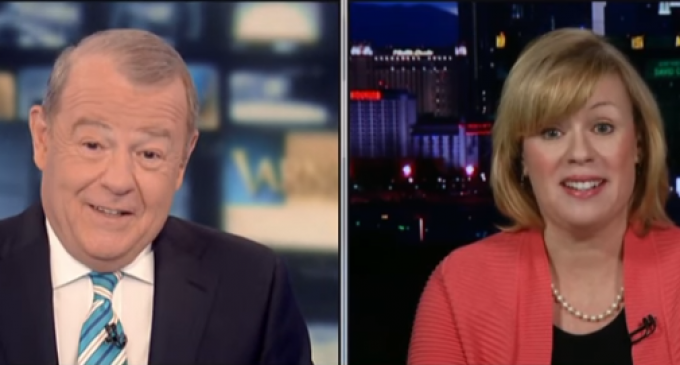 Sanders supporters typically like to play down the socialist nature of his policies, but many are starting to embrace the label and all that it implies.

One only had to tune in to Fox News this week to see this. Seeking an honest debate with a Sanders voter, Fox host Stuart Varney invited a pro-Sanders super delegate on the show to make her case. What he got was way more than he bargained for.

Pointing to the senator from Vermont's narrow loss in Nevada this weekend, Varney argued that Sanders failed to fire up his base. His guest, DNC superdelegate Erin Bilbray, countered that his message resonated with voters.

As proof of this, she cited her support for “redistributing the wealth” as one of the main reasons she favored Sanders.

Whoa Erin, I think you just shot right past socialism and went full-on communist right there!