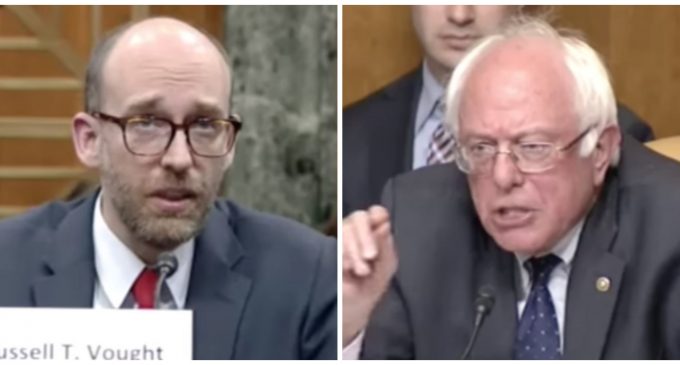 It should come as no surprise that Bernie Sanders may be the most un-American Senator in Congress. The United States was founded fundamentally on a freedom of speech, religion, and economy. Sanders doesn't appear to respect any of the three.

Sanders' distaste for a free economy is well-known. He is the most prominent socialist in American politics — despite news last week that Sanders has personally pocketed millions from his resulting fame.

This week, Sanders proved his lack of deference to free speech and religion. During the nomination hearing for the White House Budget Director role, Sanders attacked nominee Russell Vought for an article he wrote defending his Christian faith — particularly as it compares to Islam.

Sanders used the article to explain why he plans to oppose Vought's nomination. In other words, Sanders used religion as a reason to oppose a person who he believes doesn't respect freedom of religion.

Read the exchange between the two men on the next page: